We enjoy a wide variety of books in Year 6. We are currently reading On the origin of species by Sabina Radeva. It’s a non-fiction book that explains the findings of Charles Darwin. Charles Darwin was an English scientist who studied nature. He is known for his theory of evolution by natural selection. According to this theory, all living things are struggling to survive. The living things that have the most helpful traits for their environment tend to survive. These living things then pass along their helpful traits to their young. In this way, animals change, or evolve, over hundreds of years. We’ve learned a lot about evolution, adaptation  and variation. 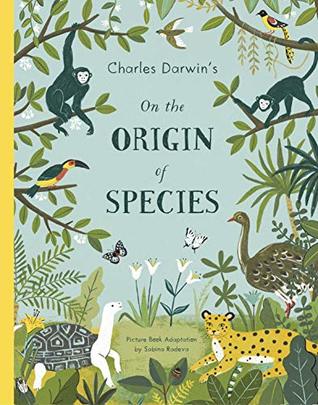 Cookie Settings
Nailsworth CofE Primary School
Copyright © 2022 All Rights Reserved
iThemes Builder by iThemes
Powered by WordPress
This website uses cookies to improve your experience. By clicking “Accept All”, you consent to the use of ALL the cookies. However, you may visit "Cookie Settings" to provide a controlled consent.
Cookie SettingsAccept AllRead More
Manage consent

This website uses a minimal number of cookies to improve your experience while you navigate through the website. Necessary cookies are stored on your browser as they are essential for the working of basic functionalities of the website. Some third-party cookies from Google, YouTube and Vimeo, help us understand how you use this website so we can optimise your experience. These cookies will be stored in your browser only with your consent. You can set your browser to block or alert you about these cookies, but some parts of the site will not then work. These cookies do not store any personally identifiable information.
Necessary Always Enabled
Necessary cookies are absolutely essential for the website to function properly. These cookies ensure basic functionalities and security features of the website, anonymously.
Functional
Functional cookies help to perform certain functionalities like sharing the content of the website on social media platforms, collect feedbacks, and other third-party features.
Performance
Performance cookies are used to understand and analyze the key performance indexes of the website which helps in delivering a better user experience for the visitors.
Analytics
Analytical cookies are used to understand how visitors interact with the website. These cookies help provide information on metrics the number of visitors, bounce rate, traffic source, etc.
Advertisement
Advertisement cookies are used to provide visitors with relevant ads and marketing campaigns. These cookies track visitors across websites and collect information to provide customized ads.
Others
Other uncategorized cookies are those that are being analyzed and have not been classified into a category as yet.
SAVE & ACCEPT
Powered by